After the Storm - Riding to the Drags in Belle Fourche, SD. 1980

Limited Edition Print from an edition of 50. Photo ©1980 Michael Lichter.

The Story: In 1979, there was flat track racing and hill climbs, but there was no drag strip in Sturgis. If you wanted to see Pete Hill drag race his Knuckle, you had to ride to Belle Fourche. It was questionable whether they would be racing on this day as the group of bikers mostly from Boulder left Sturgis’ City Park campground. Half way to the track, the skies began to clear. A rainbow appeared just as the sun made the wet pavement and prairie grasses glow. Free spirits crossed the “Great West”. 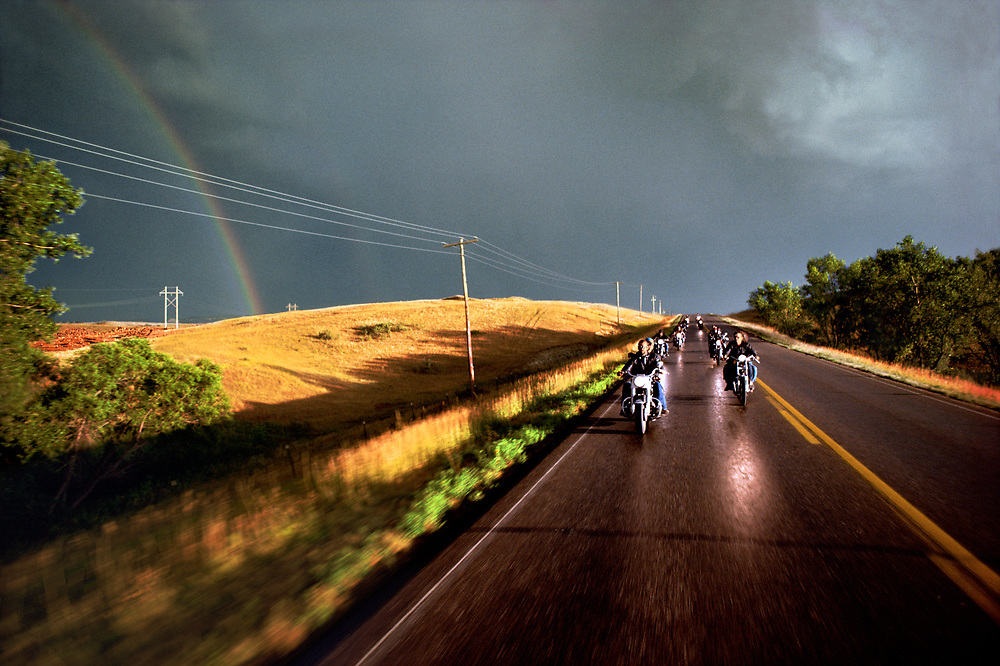