"Hulkster," built for Hulk Hogan by Arlen Ness. The 93-inch Shovelhead powered bike has a car turbo mounted under the seat and used big Brembo brakes with double calipers to stop the machine. Bob Munroe hand fabricated the large seven-gallon aluminum gas tanks and Jim Davis made the 7/8 chrome-moly frame and swingarm. The "Hulskter" became Arlen's first celebrity bike, made the covers of many magazines, and went all around the world on tour.

Appears in the Arlen Ness book "The King of Choppers," by Michael Lichter and Arlen Ness. 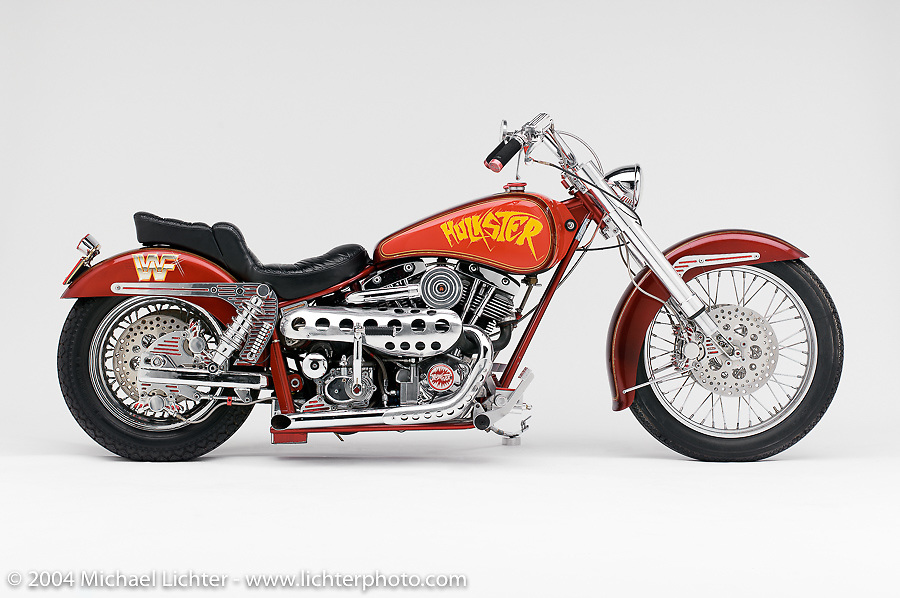