Limited Edition Print from an edition of 50. Photo ©1990 Michael Lichter.

The Story:“In the old days you went on a run and it was a run. You didn't know if some guy in a pick up truck would pull up alongside and blow you off the road like in the movie, run you off the road, if a truck driver could run over you, or you'd end up in jail because you were a biker and you were probably carrying drugs and maybe a gun. And when you got there you wouldn't know if a club would beat you half to death or if you'd get arrested by the citizens because you beat up some people in a bar. There were lots of things going on at that time that made it much more of an adventure. It's still an adventure to ride to Sturgis.”

From an interview with Keith Ball, Bikernet.com, (then editor of Easyriders Magazine), June, 1991 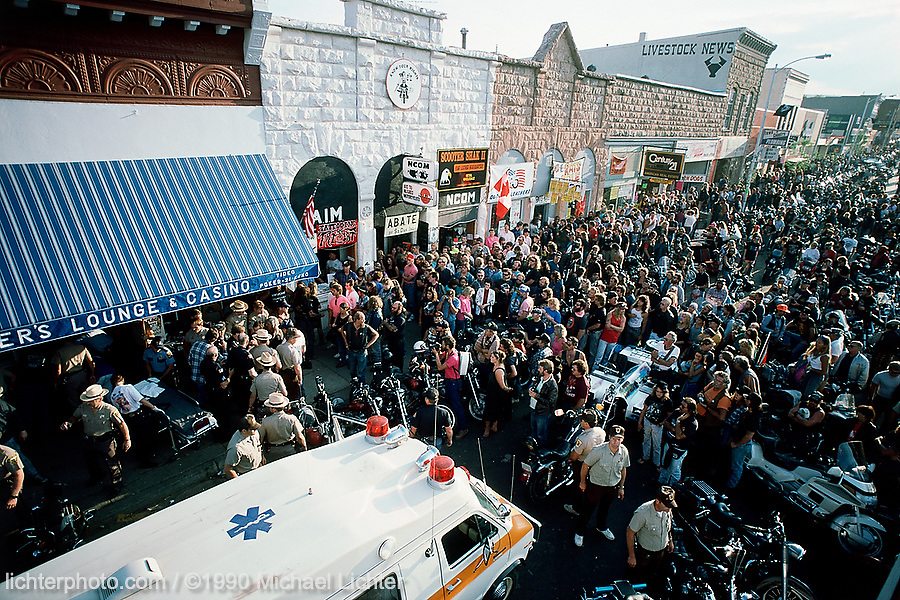