Limited Edition Print from an edition of 50. Photo ©1995 Michael Lichter.

The Story: Suzuki liked the glorified hogs, but not the pretentious attitudes of the riders. Although he had none of the trappings of his fellow riders; no money, no Harley, and limited budget for food and drink, he rode along. His nature was different though. He was wild, enjoyed a good drunk and a fistfight. He chased the women, and wore his rags with pride. He soon tired of the Road Angels style and quit. Ultimately he started his own club the Solo Angels. He worked odd jobs for six years and saved for his first and last Harley. In 1968 Suzuki bought a used Sportster and built his first chopper. He raked the frame, extended the front-end, built a set of long upswept fishtails and mounted them to a tall and sharp as a knife sissybar. He dug up the first coffin gas tank to be seen south of the border, bolted on a set of tall buckhorn handlebars and got the most radical paint job in the city. He set the ramshackle town on fire every time he blew through. After almost thirty years, he's still straddling the same machine with his colors. It has been his one and only, his true love.

By K. Randall Ball, from an interview with Suzuki 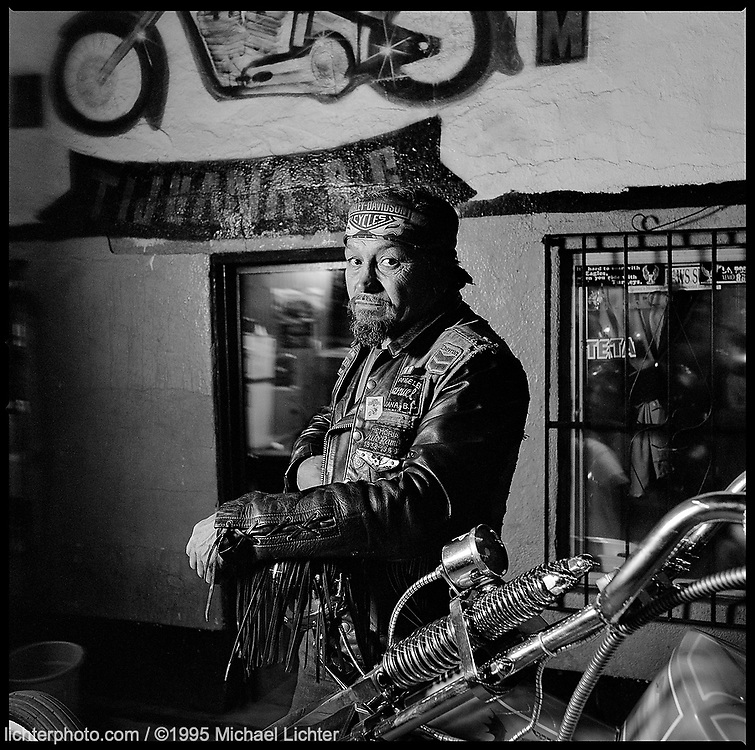